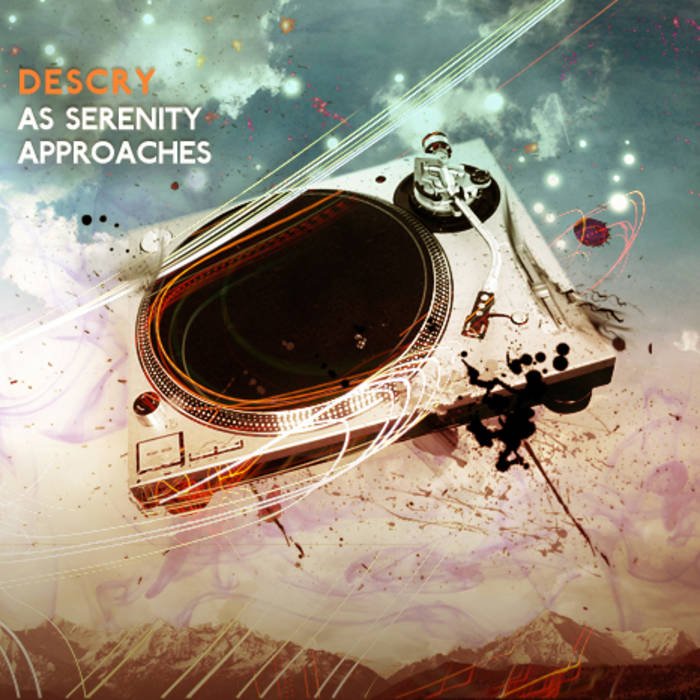 Thank you Descry! If there really is a gap in Hip-Hop right now, where something’s "missing...” This man's filling it. Good feeling music. Love it!
-Eligh (Living Legends)

I’m super super picky when it comes to Hip-Hop. But Descry’s “Money Won’t” is one of my favorite jams out.
-Datahowler

This record is really going to catch people by surprise!
-David Reyneke of potholesinmyblog.com

From the great mythologies of DJ forefathers like Kool Herc and Afrika Bambaataa (from Zulu Nation to the formation of the Native Tongues), to the rise of N.W.A. and the prominence of LA Hip-Hop…most of my childhood was spent wrapped in love with samples and drum breaks.

Growing up in the 90’s, solid albums were delivered in droves and artists like Rakim, De La Soul, A Tribe Called Quest, Wu-Tang, Outkast, 2Pac, and Biggie really solidified Hip-Hop during my youth. There were tons of incredible beats like Showbiz’s “Soul Clap” or Dr. Dre’s “Nothin’ But a G Thang” and rap quotables were readily available for my aural pleasure like Nas' opening verse in Illmatic, “Rappers I monkey flip ‘em with the funky rhythm I be kickin/Musician, inflictin composition.” But amidst all of the "Golden Era" classics, there was one producer that really defined Hip-Hop for me. That man was Pete Rock.

I spent countless hours listening to Pete Rock productions like “Escape,” “Grown Man Sport,” “To Each His Own,” “Fakin’ Jax,” “TROY,” “Carmel City,” and “Straighten It Out”…but there was one LP by Pete that really blew my mind—Soul Survivor.

Soul Survivor was an album concept I revered and essentially inspired As Serenity Approaches. Pete crafted these ultra smooth, yet hard hitting beats, featured MC’s he personally enjoyed listening to, and did all of the DJ scratches himself. The ultimate one man band. As Serenity Approaches is built on that same blueprint—I made all the beats (with help from a few friends), got a few of my favorite MC’s (the only ones I missed were Blu and Elzhi) and did all the scratches myself. Thus, what you are about to listen to (or just heard) is an extremely personal affair and something I have slaved over since 2006.

So, I just want to thank you for supporting Hip-Hop. You, the fan, are appreciated more than words can describe because without you…there would be no us. I understand that the market is over-saturated, so for you to contribute in this way IS Hip-Hop.

YOU are Hip-Hop and this is my journey to Serenity.

Extensive Liner Notes can be found at:
tmblr.co/ZZ9KGy9IB0nj

Trumpet on “Celebrate” by Farnell Newton

Additional mixing on “Elusive Beauty” and “Celebrate” by Stephen Lee

Art by Vanessa No Heart
www.vanessanoheart.net

Bandcamp Daily  your guide to the world of Bandcamp

New sounds from Mavi, Ivy Sole & Moderator, plus AJ, the One joins the show, for her latest release